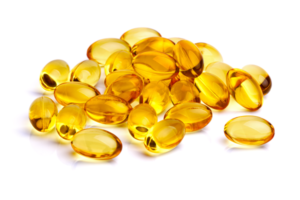 There continues to be much confusion among vegans about the differences between the two types of omega-3 fats. If you take supplements of DHA (or DHA and EPA), do you still need to eat flaxseeds? And if you are eating flaxseeds, do you need those DHA supplements?

The short answer is that you definitely need to include foods like flaxseeds that provide essential omega-3 fats and you may need the DHA supplements.

Flaxseeds and a handful of other plant foods provide an omega-3 fat called alpha-linolenic acid or ALA which is an essential nutrient. […] 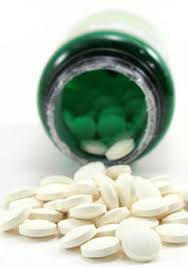 Vegans are sometimes tempted to deny the need for supplements. The fear is that any suggestion that our diet could fall short of providing adequate nutrition makes it appear “unnatural” or inferior. But the concept of naturalness is meaningless when it comes to dietary choices. Even if we wanted to, we couldn’t approximate the diet (or more likely, diets) that our prehistoric ancestors ate. And let’s face it, there is nothing the least bit natural about raising animals on factory farms.

A vegan diet requires supplementary vitamin B12 at the very least. And […] Many of the questions that come to me via email, this blog and through social media are ones that I’ve answered somewhere at one time or another—in my books, in blog posts or in other articles online.

Sometimes the information that people need is spread out across several resources, though, and I thought it might be helpful to consolidate it all into one place with a series of nutrition primers. My goal is to share information in response to the most frequent questions I receive, and to do so as […] Is there such a thing as the one and only healthy way to eat? Best-selling authors like Dr. Mark Hyman would like you to think so.

Recently, he’s become a proponent of an eating style that he calls “pegan,” which as you might guess is a portmanteau of Paleo and vegan. In designing this diet, Dr. Hyman says that he “synthesized the best aspects of each and integrated them with the anti-inflammatory and detoxification principles of functional medicine to create a balanced, inclusive dietary plan that changed my life and my patients’ […] In their annual click bait story on the “best” diets, US News and World Report suggested that eating vegan means spending lots of time in the kitchen. This is a poorly-informed and limited view of veganism.  […] The proposed bill describes veganism as “a diet devoid of elements essential for healthy and balanced growth,” It’s ludicrous. Given what we know about nutrient needs, there is no reason to think that children of well-informed vegan parents are at risk for […] But this is not exactly a science-based observation; it’s an opinion or […]

Ten Tips for Staying Happy and Healthy on a Vegan Diet There is a long list of reasons why people fail on a vegan diet and return to the world of cheese sandwiches and fish fillets. They might have developed overt deficiencies or vague symptoms of poor health. Some ex-vegans say that they experienced depression or foggy thinking or fatigue without animal foods. Others struggled with challenging social situations or with cravings for animal foods.

The following ideas for staying happy and healthy on a vegan diet are all things I’ve written about before, but I wanted to condense them into a sort […]