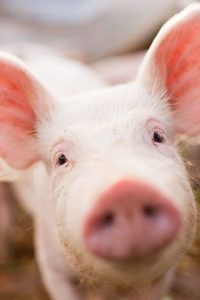 It’s New Year’s resolution time and maybe you or someone you know is resolving to adopt a vegan diet. But how do you do it so that the change will stick? It’s a big deal, after all, that encompasses a whole bunch of new habits.

Taking it one step at a time with a gradual transition to veganism is one way to ensure long-term success. For some people at least, it can be easier to maintain and build on small-step changes than to dive into a complete overhaul of your diet.

The concern about a more gradual approach is that people will make a few changes and then poop out. I’m sure that happens sometimes. But when you see how doable these changes are, it becomes easier to keep exploring, learning, and moving forward. The important thing is to keep seeking ways to make more vegan choices, rather than to get hung up on missteps.

So where to start? I suggest that people begin with these two changes. One is easy, the other hugely impactful.

From this point, there are any number of steps that new vegans can experiment with. Here are a few simple ideas. Each one brings you a little closer to a vegan diet.

Some changes are easier than others and some take a bit of experimenting. It can help to remind yourself that every time you choose a plant food over meat, dairy or eggs, it makes a difference for animals. When you look at each change that way, it becomes a little easier to move forward with compassionate choices.