Ginny Messina June 20, 2016 37 Comments on Are You a Vegan with a Chronic Disease? Tell Me Your Story 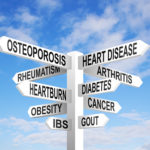 I’m not seeking stories about people who have reversed their ... Read More >

Dr. Strydom wasn’t some irresponsible dilettante when it came to big mountains. She ... Read More > 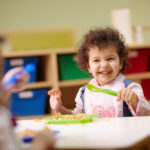 One way to find out would be to ask actual experts on vegan nutrition. For example, Ms. Moyer could have called Dr. Reed Mangels, who has a PhD in nutrition, teaches at the University of ... Read More > 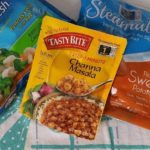 Recently, I had a taste of what it’s like to be a vegan who doesn’t cook.

For what seems like the past decade or so, I’ve been living with a kitchen remodel. Cooking while my kitchen was torn apart was not really a problem. I have an electric frying pan, an Instant Pot, and an Aroma Rice Cooker/Slow Cooker. I set them up in the dining room, creating a functional kitchen annex. But without running water (or a sink) plus some concurrent remodeling of the (very old) plumbing in the bathroom, clean-up was a challenge.

While I started out cheerfully cooking up black beans and quinoa in the Instant Pot and rice cooker, my cuisine quickly morphed into whatever could be made in the ... Read More >

Ginny Messina March 19, 2016 14 Comments on Vegan Diets are Dangerous? Here is What the Research Really Says 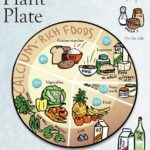 As is often the case, headlines didn’t exactly reflect what is in the paper. For one thing, it wasn’t a “study.” It’s a very short review, which means that it is a discussion of already-published research and doesn’t ... Read More > 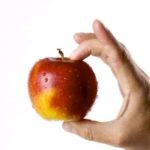 The idea behind the low-FODMAP diet is that certain fermentable short-chain carbohydrates contribute to symptoms in people with IBS. Some of these carbs are poorly digested and some are not digested at all. Others, ... Read More > 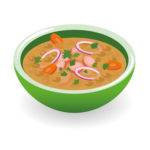 Iron deficiency anemia is a serious and common public health problem for people eating all different kinds of diets. While vegans don’t seem to develop anemia any more often than people who eat meat, we do have higher iron needs. It’s hard to know just how much higher those needs are for individual vegans, though, since requirements depend on a number of other factors—including how much iron you have stored in your body and what the rest of your diet looks like.

You probably already are eating a diet rich in this mineral, but the key is to make sure you absorb as much of it as possible. My newest vegan nutrition primer on iron provides guidelines for meeting iron needs and improving its absorption ... Read More >

It’s hard to resist the call of the New Year’s diet. There is something about the promise of new beginnings, especially after the season of indulgence.

If your goals for 2016 include weight loss, please make sure your vegan diet includes enough protein-rich foods. I’m not suggesting that you need to eat a high-protein diet. Nor am I saying that eating lots of carbs is bad. My concern is that some vegan weight loss plans are woefully short on legumes.  A menu that consists of oatmeal and fruit for breakfast, vegetable soup and a salad for lunch, and a dinner of chili might very well help you lose weight. But, it’s not the best recipe for muscle and bone strength. I see this in the ... Read More > 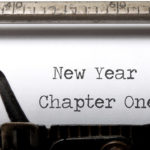 I could definitely be a better, more productive and healthier ... Read More >

Ginny Messina December 30, 2015 18 Comments on Will a Vegetarian Diet Make You Depressed?

I took a quick peek at the German study, which assessed diet and mental health in a group of about 4100 subjects.(1) Subjects who said they were vegetarian or predominantly vegetarian were 15% more likely to report depressive disorders. But they were also likely to have adopted their vegetarian diet after ... Read More >