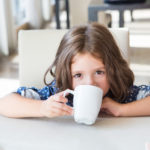 A joint news release from Dietitians of Canada and the Canadian Paediatric Society urges parents to be careful in their selection of milks for young children. Specifically, they are concerned about the low protein and mineral content of unfortified plant milks.

I agree with most of what they say. Unfortified plant milks should not be a main part of toddlers’ diets. It’s also likely, as they suggest, that there are advantages to providing children with either breast milk or commercial infant formula up to the age of two years. But I disagree with their suggestion that it’s okay to start kids on cow’s milk at age one, but not fortified soymilk. In fact, their statement conflicts with recommendations in the Academy of Nutrition and Dietetics ... Read More > 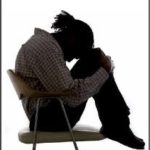 The subjects were a small group of self-identified vegans and vegetarians, many of whom turned out to be nothing of the kind. In fact, 5% of the vegetarians and 72% of the vegans (72 percent!) said they currently consume some red meat. They were also just as likely as the omnivores in the study to consume fatty fish and shellfish. So I don’t know – maybe the study showed that depression is more common ... Read More > 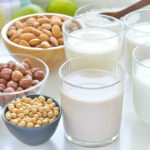 Ginny Messina July 28, 2017 92 Comments on A Science-Based (and Vegan) Perspective on the New “What the Health” Documentary 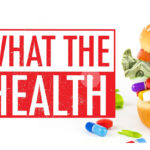 The thing that changed my mind is that the film is getting considerable (negative) attention from the non-vegan sphere. Some of these reactions are just anti-vegan diatribes and some are aimed purely at being offensive. But some are thoughtful and informed. And the fact is that it’s not possible to defend this film against the thoughtful and informed criticisms. Not from a scientific point of view anyway. And there is little to be gained by making weak, exposed efforts to defend bad science ... Read More > 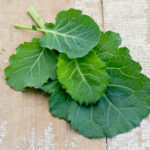 If you’re reading this on the web, you’ll see that TheVeganRD has received a long overdue redesign. A big thank you to web designer Chad Smalley (who also happens to be a bassist and singer with Houston band Blaggards and is a vegan. Chad was great to work with and never even batted an eye (at least I don’t think he did) when I said that my taste in design runs toward “cozy vintage.” I think he did an amazing job.

In celebration of my brand new look, I want to start expanding the nutrition primers on this site. In particular, I’ve lately had a lot of questions about bone health. They have come mostly from vegan women who have experienced a fracture or been ... Read More >

New research from Canada found that kids who don’t drink cow’s milk are shorter than those who do. It’s a finding that makes for some sensational headlines but the study itself is not all that exciting.

This was a cross-sectional study of 5,034 children between the ages of two and six years (average age was about three years). Of the study population, 246 kids, or about 5% of the subjects, drank only non-cow’s milk, which included plant milks and goat’s milk. For each daily cup of non-cow’s milk consumed, children were 0.16 inch shorter. By age three, those who drank three cups of non-cow’s milk per day were about 0.6 inches shorter than children who drank an equivalent amount of cow’s milk, but this finding ... Read More >

Ginny Messina May 16, 2017 32 Comments on Everything You Need to Know about Vegan Nutrition (Plus a Few Words about Vitamin B12)

My friend Erik Marcus recently invited me to write an introduction to vegan nutrition for his website vegan.com. In his weekly newsletter, Erik wrote about why he feels so strongly about providing solid nutrition information for vegans.

One of the most important and most neglected topics in all of veganism is our high recidivism rate—the percentage of vegans who go back to eating meat. I suspect in many cases, it’s because these people did not read accurate information about how to sensibly plan a vegan diet. There’s just so much misleading information about vegan nutrition out there, much of it passed along by people who have only the best intentions. […]  Remember, animal lives aren’t just saved by people going vegan. They’re also saved by ... Read More >

Even Vegans Die: A Book for Animal Advocates

Ginny Messina April 21, 2017 12 Comments on Even Vegans Die: A Book for Animal Advocates

Guilt and shame are common reactions for vegans who get sick. Our diet is all too often portrayed as a way to get skinny and stay bulletproof against disease. Vegans who don’t reap those outcomes sometimes wonder if there is a place for them in our community of animal advocates.

These kinds of issues have been a concern to me as a vegan activist and health professional for a long time and they are addressed in my new book, co-authored with Carol J. Adams and Patti Breitman. It’s called Even Vegans Die and is being published this month by Lantern.

Our book’s premise is that we are better advocates for animals and for our fellow vegans when we accept that vegan diets do not absolutely ... Read More >

Ginny Messina April 4, 2017 50 Comments on Science Matters – for Vegans and Everyone Else 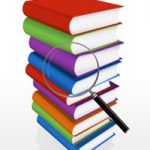 The truth is way less dramatic. There is no body of evidence to suggest that you have to be vegan in order to be healthy. The evidence does not suggest that every disease in the world is reversible with a whole foods vegan diet. And, yes, it is possible to fall short of nutrients on a vegan diet ... Read More >

Ginny Messina January 16, 2017 13 Comments on 7 Tips for Sticking With Your New Vegan Diet 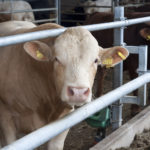 In their annual click bait story on the “best” diets, US News and World Report suggested that eating vegan means spending lots of time in the kitchen. This is a poorly-informed and limited view of veganism.  Vegan diets are diverse and so are vegan cooking styles; they can be as laborious or as fast and simple as you like. Time saving options for vegans include canned beans, frozen vegetables or ... Read More >